"The Sleep of Reason" Horror Anthology!

Right now "The Sleep of Reason" is two-thirds of the way into it's kickstarter campaign.  It's already been fully funded, but there are plenty of great incentives kick-in and get your own copy of what promises to be a solid anthology.

Here's a page from my contribution "Anniversary" to wet your appetite.  You can also find a four-page preview of my comic on the Kickstarter site, as well as previews of many other comics that will be included.  Enjoy! 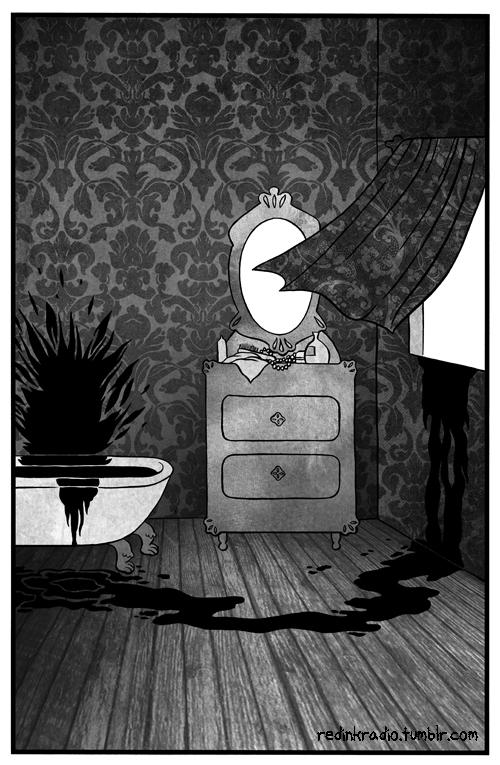 Posted by Sophie at 1:00 PM
Email ThisBlogThis!Share to TwitterShare to FacebookShare to Pinterest